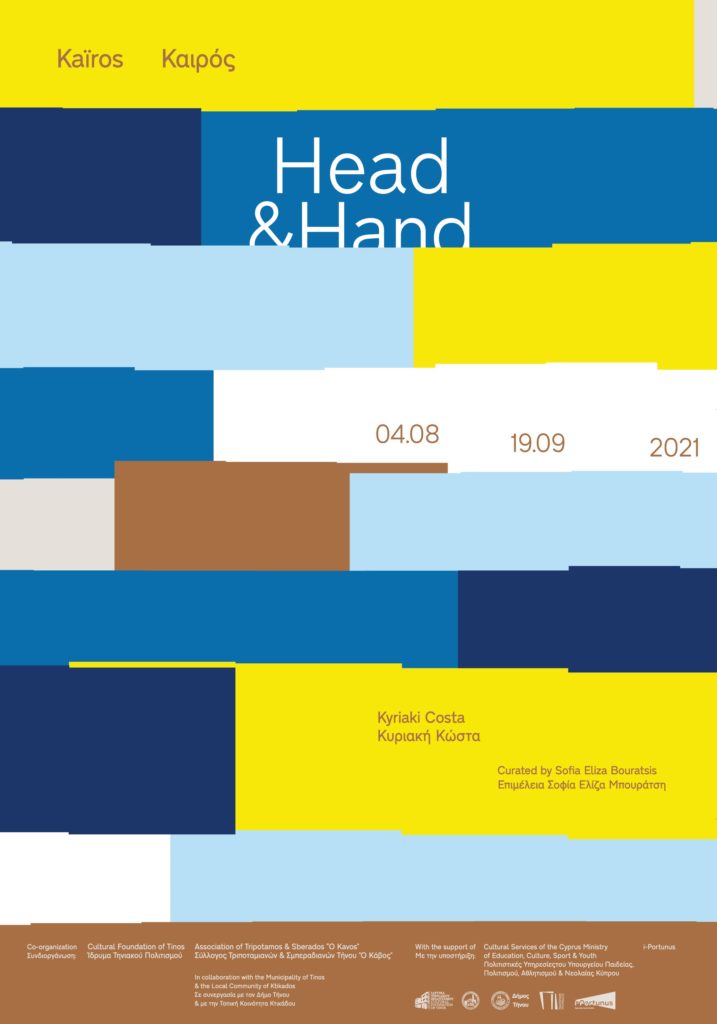 In collaboration with the Municipality of Tinos 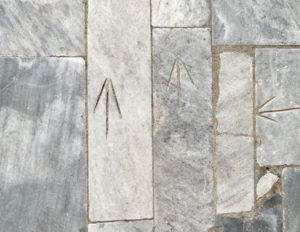 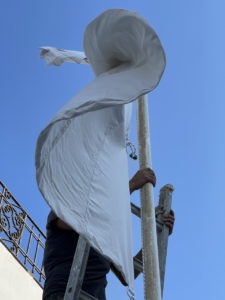 caring for the common good

I am more interested in the role of the observer, the synergies and the participatory process than in that of the creator. The craftsmen define the intermediate space between the artist and the work. This spontaneous work of the craftsman, his aesthetics, his technical approach, aiming at functionality, his own “hands-on” way of thinking, “with his hands”, constitutes a force of deconstruction, which invites us to a new reading of the space around us.

The collective project Head and Hand / Kairos by Kyriaki Costa, which started as a residency of the artist and the curator in Tinos (June-July 2021), evolved into a route that starts from the Culture Foundation of Tinos and which, passing through the specially designed paths, reaches as far as the Hani tis Kyra-Xenis, Tripotamos, Ktikados and the medieval trail that used to lead to the castle of Xomburgos; it also encompasses an exhibition that is staged until next Sunday (19/9) in the village of Tripotamos, on the premises of the Association of Tripotamians and Sberadians “O Kavos”.

The flags that indicate the paths of this tour, which is accompanied by a map, have been inspired by Cycladic architecture and have been made with recycled materials used in the tourism industry, such as sheets, towels, tablecloths etc. from various hotels of the island. In addition, the village of Tripotamos was chosen to honour Cornelius Castoriades, who spent many of his summers there, while the rest of the trails came about through meetings the artist and the curator had had with the locals, who indicated the diachronic routes of the area.

At the heart of the project lies the people’ s association with their place and more specifically with public space – the landscape of the island, the architecture and the community areas. Its realization is achieved through “everyday rituals”, such as walking, meetings and storytelling, which are activated by the artist focusing on care practices and the way they infiltrate everyday life.

The exhibition is the result of the visual connection between the artist and the island. Before visiting Tinos, Kyriaki Costa researched weather forecasts for Tinos and the dominant role that wind plays in shaping forms in the everyday life of the island. However, through a mental game, the concept of “Kairos” (meaning weather in Modern Greek) takes the philosophical meaning of “adequate time” or that “unique moment”, a moment that, once it slips away, doesn’t come back. The present time of the place and the temporality in the everyday life of craftsmen, locals and visitors of Tinos, become the active centre of the project.

The results of the action, which is constantly in progress, are co-forged by Kyriaki Costa together with the inhabitants of Tinos, the air, which plays a dominant role on the island and the participant craftsmen and the artisans. Through this partnership, Head and Hand / Kairos raises questions regarding the relationship between functionality and beauty, contemporary art and everyday life, care and appropriation of common elements.

Kyriaki Costa’s Head and Hand / Kairos finishes next weekend (17-19/9/2021) with a programme of events, which includes a night of music, a public discussion and a workshop for the island’s teenagers.

Mark Brown undertakes to add music to the stories of the inhabitants of the island, which were recorded in the context of Head and Hand / Kairos and relate to their association with their place.

Guided tour of the exhibition

Head and Hand / Kairos, an artistic topography of care

(Contemporary) art and (its) day-to day (routine): an artificial separation?

Workshop in collaboration with Arch – ISLaND

Kyriaki Costa is an artist from Nicosia, Cyprus. She studied Byzantine and Applied Arts and holds a Masters degree in Art from Kingston University, London. She has exhibited extensively both in Cyprus and abroad, and her works may be found in private and public collections, as well as in the State Collection of Contemporary Art of Cyprus. She has received numerous awards, including many Biennale Awards. Costa’s work deals with stories, fiction, true and false, topography and the creation of “places”, using art as an anthropological practice and as a tool for mediation in the social and political spectrum.

Sofia Eliza Bouratsis was born in Luxembourg. She works in the field of contemporary art as an art theorist, curator and consultant on cultural policies. She holds a PhD in Aesthetics and Art Sciences from Université Paris 1 – Panthéon-Sorbonne, researching the body, its images and its social, philosophical and scientific boundaries, as expressed through contemporary art. Her research fields also concern the embodiment of incarceration and institutionalization, the aesthetics of public space, the contemporary transformation and gentrification of rural and urban sapces, and the artistic practices of appropriation of the commons. From time to time, she teaches at universities and schools of Penitentiary Institutions. She lives and works mainly between Luxembourg and Greece, based in Thessaloniki and, depending on the projects, collaborates with public institutions, municipalities, galleries, etc. From 2008 to 2021, she was edito of the French research journal for Human Studies Prétentaine.

Enrico Lunghi is an art historian. He was a research associate at the National Museum of History and Art in Luxembourg from 1991 to 1995 and the Artistic Director of Casino Lusembourg – Forum d’art contemporain between 1996 and 2008. He was the General Director of Mudam from 2009 to 2016. He curated the Luxembourg pavilion in Venice in 1995 (Bert Theis, Potemkin Lock), 1999 (Simone Decker, Chewing and Folding projects) and 2007 (Jill Mercedes, Endless Lust). In 2009, he curated for the Wallonia-Brussels Federation (former French Community of Belgium) the project “100 Sexes d’artistes” by Jacques Charlier. From 2005 to 2011, he served as president of IKT (International Association of Curators of Contemporary Art). He has published numerous articles on art and contemporary artists, as well as novels on his relationship with art. Since 2017, he has been in charge of studies at the Luxembourg Ministry of Education (SCRIPT and the University of Luxembourg).

Born in Vancouver – Canada, Vasilis Benetos graduated with highest distinction at the School of Architecture of the Second University of Naples.

Opening hours of the exhibition held at the premises of the Association of Tripotamians and Sberadians “O Kavos”: Thursday to Sunday 7-10 p.m.

In collaboration with the Municipality of Tinos

With the support of