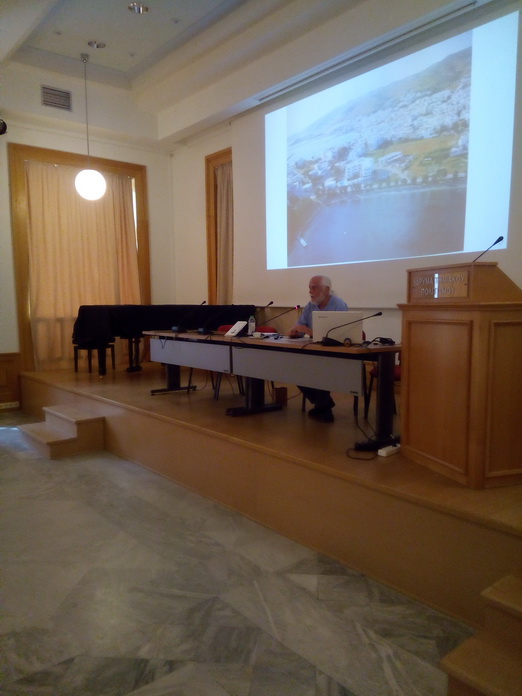 The idea is to have people that leave on Tinos or are visiting friends or just coming through as tourists that are experts in something of the arts, or sciences to give a public lecture about their expertise.

This lecture will look at the complex inter-relationship between war and society throughout history and will show how each has influenced the other. It will look at such issues as the development of political and social institutions and the role of both warriors and civilians including women and will draw examples from the past.

Margaret MacMillan is an emeritus professor of International History at Oxford and a professor of History at the University of Toronto.  She specializes in British imperial history and the international history of the 19th and 20th centuries.  Publications include Paris, 1919, The War that Ended Peace and History’s People: Personalities and the Past.  In 2018 she gave the BBC’s Reith Lectures.

The talk will cover the main issues that make up the Israeli-Palestinian conflict; the failure of past efforts to resolve it; the role of European Union; policies of the Trump administration; and the broader context of Middle East politics.

Avi Shlaim is an Emeritus Professor of International Relations at the University of Oxford and a Fellow of the British Academy. His books include War and Peace in the Middle East: A Concise History (1995); The Iron Wall: Israel and the Arab World (2014); Lion of Jordan: The Life of King Hussein in War and Peace (2007); and Israel and Palestine: Reappraisals, Revisions, Refutations (2009).

‘Family Dramas: conflicts within intimate relationships in Shakespeare’s Tragedies and what they tell us about wider social struggles’.

It will focus on how Shakespeare portrays family relationships and how the ‘little theatre’ of family life can reflect wider political tensions and social concerns. Family conflicts often erupt at times of political or social transition and I will illustrate this theme in Shakespeare with selected scenes from the tragedies. I aim to show how shifting the focus from the individual tragic heroes to their relationships opens up new ways of understanding the complex and multi-levelled dynamics at work in the tragedies.

Daniel Gwyn is a Family Therapist working in Oxford and lecturing at the Tavistock Clinic in London. She is the author of many professional publications. Her latest book is Family Dramas: Intimacy Power and Systems in Shakespeare’s Tragedies, Routledge 2019. She has given many lectures and presentations on Shakespeare’s tragedies, both nationally and internationally.