“Aeolos Woodwind Quintet”
The ‘Aeolos Woodwind Quintet’ was formed in 2009, in Athens, by leading woodwind soloists, members of Greek symphony orchestras. Their basic aim is to draw attention to the rich international and Greek repertoire that remains largely unknown, to promote the work of Greek composers, and, at the same time, to enrich the existing repertoire with commissions for new works. The ‘Aeolos’ quintet has organized various educational programmes, and has collaborated with string ensembles, choruses, as well as solo singers, in original works or transcriptions made by the members of the ensemble.
They have appeared at the most important Greek concert halls, including the Athens Concert Hall, the National Opera, the Philippos Nakas Conservatory, the Athens Conservatoire, and the Municipal Theatre of Corfu, and have made recordings for Greek national radio (ERT).
Their repertoire exceeds 130 works, covering not only the entire width of the wind quintet literature but also works for larger ensembles.
Their collaborations with top musicians, both in seminars and concerts, include those with Hansjörg Schellenberger, Gunther Schuller, Philippe Berrod, and Guy Dangain.
[English translation by Helena Grigorea] 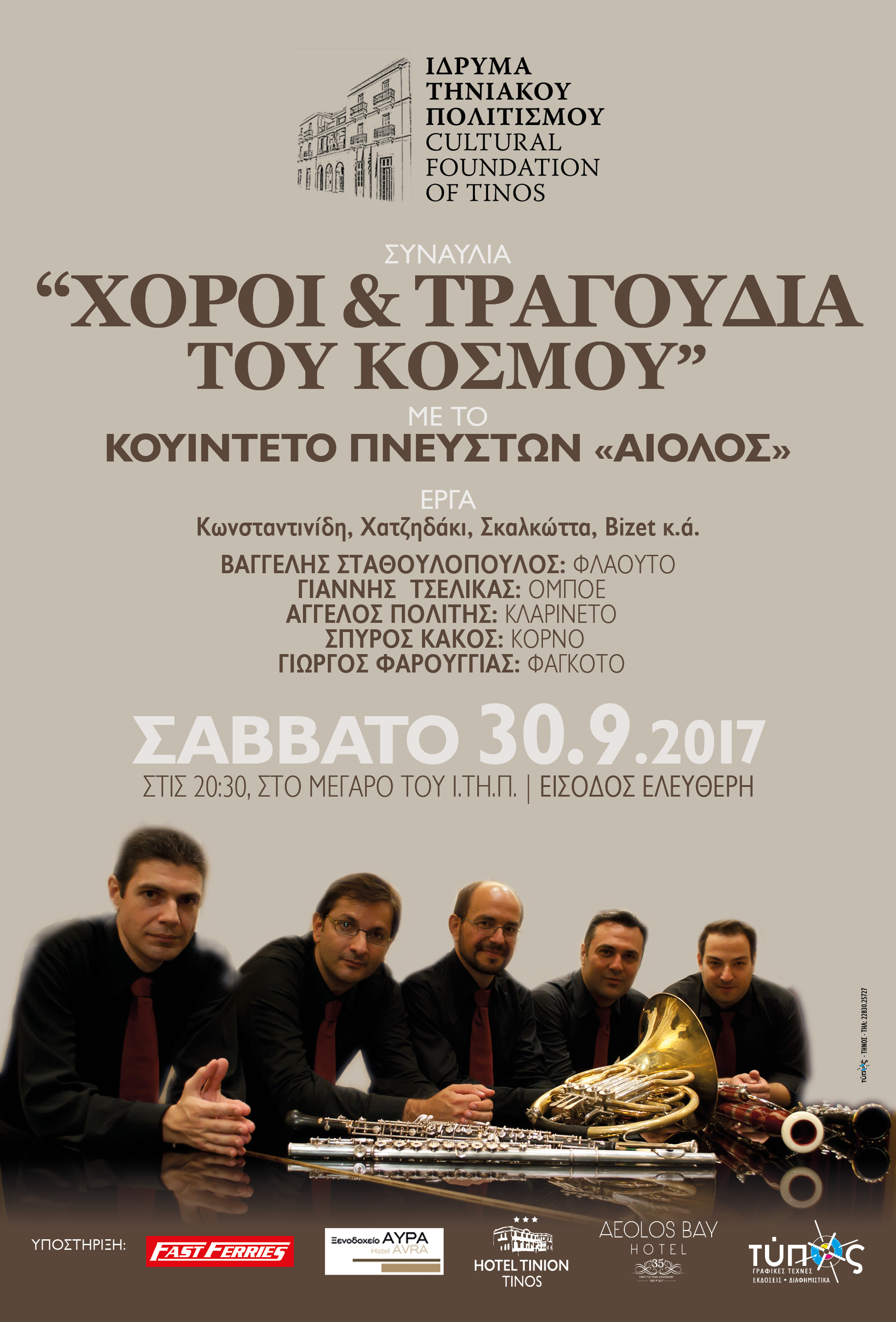